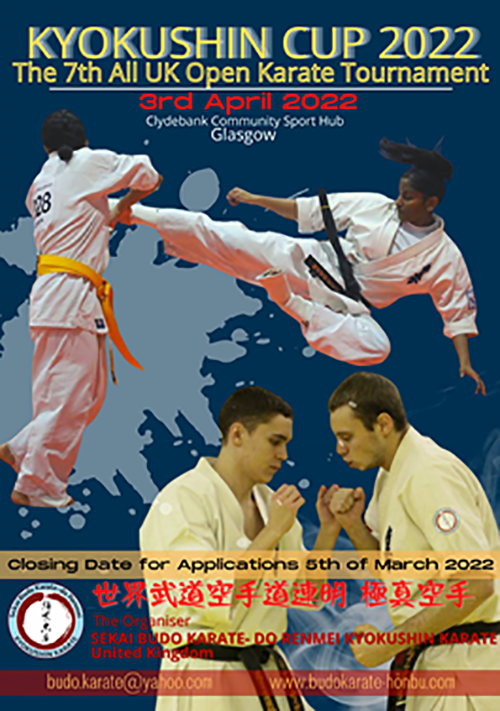 The 3rd Kyokushin Union Cup 2012  World Open Karate Tournament which will be held in Toyama, Japan on 10th and 11th November 2012.

This time, the “3rd Kyokushin Union Cup World Karate Championships,” which is held once every four years, will be held as outlined below. At this tournament, elite Karate practitioners from around the world will gather and compete in body and mind according to the full contact rules, and they will aim to become the world’s best while following the “BUDO Karate Spirit” of respecting the opponent even while fighting. Through the Kyokushin principles advocated by Sosai Masutatsu Oyama, the founder of Kyokushin Karate, “Aiming for peace among all humans of the world by overcoming race, nationalities, and country borders, and crossing fences of government, religion, and beliefs,” we aim to promote interaction and reconciliation between the world,Japanand its regions. We hope you will keep this purpose in mind, and we thank you for your cooperation and support.

Championship chairman Kotaro Nogami (Member of the House of Councillors)