Result of the KYOKUSHIN CUP OPEN 2014

Kyokushin Cup 2014 Open Karate Tournament was concluded successfully. Participants from Denmark, Belgium, Ireland and Great Britain participated in the event and Shihan Humberto Budtz (7th Dan) Kyokushinkaikan World SoKyokushin Adviser acted as the chairman of the Championship’s Tournament Deliberation committee. This was a great honour to us. Shihan Lu Eekhaut (5th Dan) from Belgium was the Vice chairman. The Championship was a major step forward for the Kyokushinkaikan Sokyokushin U.K Branch.

In the same way, this Championship would no doubt be a tribute to our late distinguished Karate exponent Sosai Masutatsu Oyama. I also viewed it from another angle as a contribution I bestow on recognised teachers such as pioneers of Kyokushinkaikan Shihan Kazuyuki Hasegawa and Shihan Daigo Oshi. 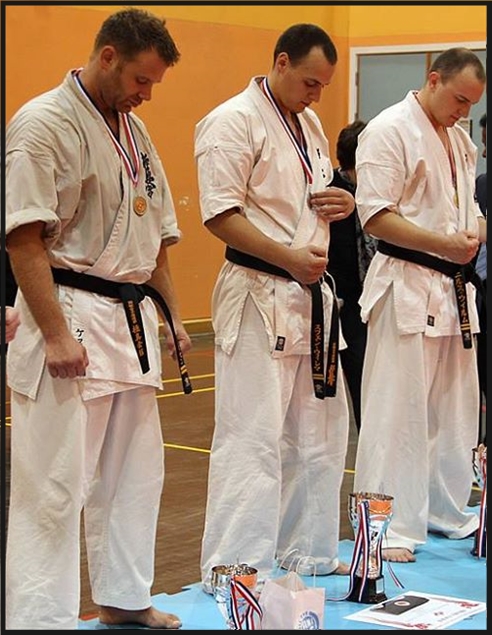 My heartfelt thanks go to Shihan Humberto Budtz, Shihan Lu Eekhaut, Sensei Stephen McCann, other Instructors,  Jonathan Mendoza, Nirmala Fernando, Carly Browne, Marion Robertson my beloved members, parents, supporters  as well as competitors and all others whose names are not mentioned here for having co-operated with me to make this task a successful one. It is our honour and privilege to organised the Kyokushin Cup  2014 open Championship hosted by the  Sokyokushin Kyokushin Karate Fernando Dojo.

We will be inviting entries from Europe as well as Japan for the Championship scheduled next year. The Kyokushin Cup Open 2015 will be an Open Championship for the whole of Britain.

Report by Prasanna Fernando World Sokyokushin/Representative of the United Kingdom